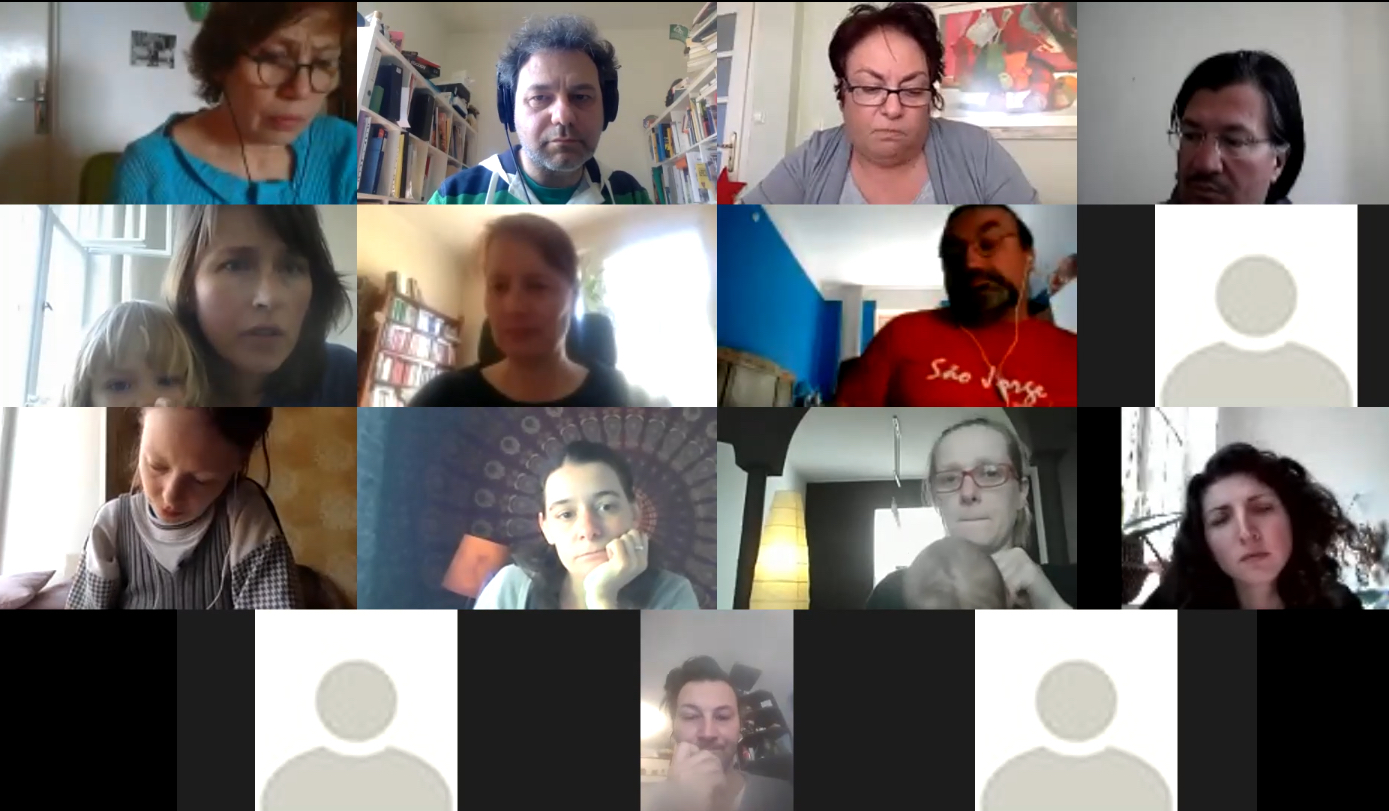 On 23 April 2020, an exceptional online General Assembly of RIPESS Europe was held, bringing together some thirty members from all over Europe (link to the list of members). Several themes were discussed even if the first half of the GA was entirely devoted to Covid-19 and how everyone was managing this unprecedented crisis.

From Portugal to Germany, via Greece and Russia, each of the members enlightened us on the current situation in their countries but also on how their governments were managing the crisis and on their feelings and actions taken to deal with the crisis as SSE actors. We were thus able to perceive a sort of European “panorama” of the problems linked to the crisis, the obstacles encountered and the solutions provided by SSE organisations.

Certain themes were often mentioned, such as the lack of means and support from the authorities and the advocacy work of certain networks, but also and above all the general development of various solidarity practices, such as helping the most defenceless facing the crisis or the growing demand by populations for local and fair consumption, the resilience of SSE but the enormous degree of uncertainty for the future in the short and medium term. You can find all the interventions of the members, classified by country, in the GA notes.

The discussion then focused on the presentation of Ripess Europe’s Strategic Plan for the period 2020-2022. A three-dimensional strategy with the objectives of :

You can find more information about the Strategic Plan in the GA notes.

Finally, various cooperation projects between members were announced: the implementation of a questionnaire among members followed by video interviews organized by the communication group of Ripess Europe; the presentation of Smarketplace, a project of the Swiss Chamber of Social and Solidarity Economy (Apres-Ge); and the project around the  of measurement of the social utility of SSE presented by APES-France.