The Coordination Committee is composed of 7 to 15 members elected by the General Assembly, with one main delegate and a secondary one. The mandate is for 3 years – every year the General Assembly re-elects one third of its components. The members today after the 2019 GA meeting in Lyon (France), July 2019 are:

Dražen Šimleša, general coordinator
He represents the Good Economy Platform – Croatia, in RIPESS Europe. Born in 1976 and till today raising two amazing kids Bjanka and Mikula. At University of Philosophy, Department of Sociology he finished his MA and PhD work. Work as research associate at Institute for Social Science Ivo Pilar in Zagreb where he runs a project iPRESENT – Installation Project for REsearch about Social ENTrepreneurship funded by Croatian Science Foundation and EU Interreg project INNO-WISEs. Main field of work and interest are globalization, sustainability, economy and permaculture. Within those areas he wrote six books and several scientific papers. Last books are Ecological footprint – how development runs over sustainability and in 2016 Good Economy. He teaches on Peace Studies in Zagreb and gave many lectures around Croatia. He is an active member of citizens’ initiatives and organizations and work as a volunteer in Green Network of Activist Groups (GNAG) and as President of Cooperative for Good Economy.

Jason NARDI, general delegate
Jason represents Solidarius Italia in RIPESS Europe and is president of RIES (Italian Solidarity Economy Network). A trainer on the themes of solidarity economy and ethical finance, Jason is general delegate of RIPESS EU and former coordinator of the board of directors of RIPESS Intercontinental. Promoter of environmental and social justice, commons and communication rights, Jason is an active member of the International Council of the World Social Forum and promoter of the World Social Forum on Transformative Economies. With a background in communication and media (Princeton University, USA and a Master’s degree from the University of Florence), he was director of Unimondo, the Italian center of Oneworld.net – an international portal on global rights – and worked for the Fondazione Finanza Etica and the annual Terra Futura event. Jason currently lives in Florence, where he promotes projects of CSA (Community Supported Agriculture), mutualism (in MAG Florence) and the Forum Firenze Beni Comuni (Florence Commons Forum).

Bruno LASNIER, Treasurer
Born in 1960 in Paris, Bruno Lasnier worked for Médecins Sans Frontières (Doctors without borders) between 1994 and 2002, in charge of a program of risk reduction drugs users within the Mission of France, then the health rehabilitation program manager of the House Arrest and Correction of Abidjan in Côte d’Ivoire. In January 2003, he became Director of the Provencal Agency for Alternative and solidarity economy (APEAS). In 2004 he became member of the Board of Directors of the MES – national movement of solidarity economy, the where he held the position of President since 2008. Today, Bruno is national coordinator of MES.

Eric LAVILLUNIERE represents INEES in RIPESS Europe.
He holds a Master “Social Economy and Local Development” from the University of Paris XIII (1986). He began his militant commitment in the early 90s within the Network for Alternative and Solidarity Economy (REAS in France, then at MB2). He animated a Pole in solidarity economy in Auvergne and accompanied the development of several projects in organic agriculture, fair trade, culture, wood energy sector. He worked at the CECOP (European Confederation of Cooperatives of Production) in Brussels from 2001 mainly on the themes of corporate social responsibility, social enterprise and the relation with social movements including the European Social Forums. He joined INEES in Luxembourg in early 2006 to promote the solidarity economy as the third economic pillar between private sector and public economics. After organizing the 4th intercontinental congress on “Globalization of Solidarity” in Schifflange in 2009, he was one of the founders of RIPESS Europe in 2011. In 2010 INEES also organized the 10th meeting of the Interuniversity network RIUESS, with the University of Luxembourg, Protagonist of an European dynamic within RIPESS Europe, Eric Lavillunière promoted popular education, inspired to the Brazilian educator Paulo Freire. He is also very engaged in the Transition Minett ‘, which is involved in the movement of Transition Towns.

Patricia is the General Delegate of UFISC and co-President of the MES – Mouvement de l’Economie Solidaire, France. 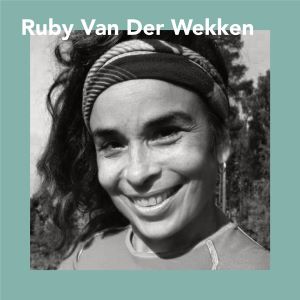 Berenice DONDEYNE represents MES Occitanie.
She is currently Director of NOVETAT, Institute of Development Research in Social and Solidarity Economy in Midi-Pyrénées (founded by social and solidarity enterprises and academics and consultants in the areas of Local Development, Social and Solidarity Economy and planning). Since 2011 Berenice is the president of ADEPES – Agency for Development and Promotion of Solidarity Economy in Midi-Pyrénées (4 employees, a network of 760 actors and social and solidarity enterprises). Professional and activist, she has experience in implementing local development policies and in advancing solidarity economy, especially within organizations registered in the field of vocational training and social inclusion.

Jean ROSSIAUD represents the APRES-GE (Chambre de l’ESS de Genève), as well as the Monnaies Leman.
Jean is active in many social domains, from the peace movement to his political environmental engagement.  Coordinator of the Forum for a New World Governance, since April 2013, Jean Rossiaud became co-director, in May 2015 with Arnaud Blin (New York), of the World Democratic Forum. Jean holds three master’s degrees in political science, law and sociology and also holds a doctorate in economics and social sciences from the University of Geneva (2006). He was an assistant and then an associate of the Swiss sociologist and politician Jean Ziegler from 1988 to 1996.

Elena TZAMOURANOU represents DOCK Zone (Greece).
She was born in 1979 and holds a Dipl. Ing degree from the Department of Mechanical Engineering & Aeronautics of the Polytechnic School of Patras. Currently she is completing her MA in Responsible Corporate Management (Steinbeis University Berlin). Her professional experience in project management, product development management & presales engineering was followed by business development in the field of telecommunications. With regards to SSE, she has been researching alternative ways of trading since 2011 and supported for 4 years small producers in Greece through the cooperative Alternative Trade Network she co-founded. The last 3 years she co-created the supporting structure for SSE Dock, is part of the management team and supports initiatives and groups in becoming active SSE ventures. In parallel, she teaches “small business management” and “sustainability” as a VET Educator and is a Technical & Scientific Consultant in issues of management, responsibility & sustainability.

Olivia MAILFERT represents APES HDF (France).
Olivia is a programme officer and project manager in APES HDF, the Association for the Promotion of Solidarity Economy based in Lille. Sofia PEREIRA represents REDPES (Portugal).
Sofia Pereira has a degree in Criminology and a Master’s in Social Economy. After concluding a Curricular Internship at the Porto Prison, she started working in the Third Sector. Currently, she is working at APDES – an NGO for Development based in Porto (Portugal). She coordinates the European project SSE VET 2 – Strenghthening VET Trainers’ Competences and Skills, aimed to promote the Social Solidarity Economy in Europe, through the training of trainers in that thematic area.

Laura AUFRERE is elected as expert in the Coordination Committee. Laura studied political sciences and worked for 10 years in the cultural field, including five years as a coordinator for the French confederation gathering performing/visual arts  SSE initiatives (UFISC). She is now a phd student (CEPN – Paris 13) working on solidarity economy and commons in the artistic and cultural field (collective and commons initiatives, cooperation mechanisms, governance, social protection, social models of solidarity, economic models, etc).