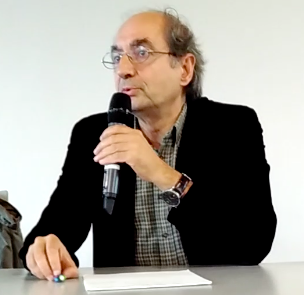 Since 2002, Jean-Louis Laville co-directs the «dictionary of the other economy», in South America and Europe, and recently he as worked on a book titled “The Left of the 21st century”.

Why has neo-liberalism been able to impose itself so easily?

Laville formulates the following hypothesis: If neoliberalism could impose itself with such force, it is because the power to change of the left are out of breath and there is a tiredness of progressive thinking. Can the SSE can play a role in a different way to find the responses? The importance of economic determinism makes it difficult to think about economic and political mediation.

First example, Bolshevism and its political and State voluntarism were made at the expense of democracy. Once it become illegitimate, the projects that attempted to overcome capitalism which have survived are those of social-democracy. They helped create more egalitarian societies and have made improvements but remained addicted to market growth. Social democracy can only work if there is a strong market growth.

With structurally lower growth rates, social-democracy no longer has its regulatory capacity, thereby comes the obsession with growth, and so does capitalism. By looking at the change from the social economy, it also remained in the economic determinism with two ways of thinking change that each show their limits. That of the more northern social -democracy and the more southern form.

To renew the approach we need to do a historical reading of the SSE, including utopian attempts and scientific socialism. However, there has been an invisibilization of history and we must question the official story, a historic revisitation would allow us to understand the difficulties.

A second response must be found through the epistemologies of the South in a perspective that is out of Eurocentrism. Also here there was not only domination and invisibilization of part of the real economy. How the market economy is presented is in fact far from reality, but widespread. There has been as well a charge against alternative economy experiments as unable to change the system, whereas the potential of what is emerging should instead be addressed and valued. Moreover, it is essential to think about other ways to cooperate between actors and researchers.

Lets highlight a few key points to see how the SSE can have effects on the institutional framework.

Two stages are to be considered in the SSE: renewal of practices in the last decades of the twentieth century and the attempts of institutionalization in the beginning of the 21st

This interesting movement of institutionalization is both recognition and instrumentalization:

– 1st scenario: the instrumental manipulation as part of a new social policy (for example, in Argentina) with the risk of considering the SSE as the economy for the poor (e.g. in Brazil). The market economy remains the standard mainstream.

– 2nd scenario: in France and Spain the SSE is an economic sector of small and medium-sized enterprises. At national meetings of the SSE the reference is to business growth, performance, professionalism and management ; SSE enterprises function like other businesses without questioning the social and ecological transition.

– 3rd scenario: in Asia and North America, and subsequently in Europe, there is an attempt to advocate for the moralization of capitalism, through the so-called “Social business”. It is about admitting a new « social purpose » capitalism, which is expanding strongly, because neo-liberalism has changed its narrative, addressing the reduction of poverty, but not looking at the root causes of inequalities, with the “venture philanthropy.” This scenario often adopts realistic methods.

– 4th scenario: transition and systemic change. What are the conditions for its progress? Pluralistic internal conditions but especially a scenario of plural economy and democracy. We must refuse the Evolutionary Economics vision (Jevons, Walras and Menger) whereby earlier societies would be archaic, and search the plurality of economic principles, hybridization. There is therefore a very demanding possibility that the SSE work in the direction of a transition and by this manage to create new combinations of the SSE actors and those working in public policy and services, and especially it is important not to dis-associate the institutional framework from citizen initiatives.

For further more in-depth analysis, see the text published on the website: The social solidarity economy at the crossroads (in French). 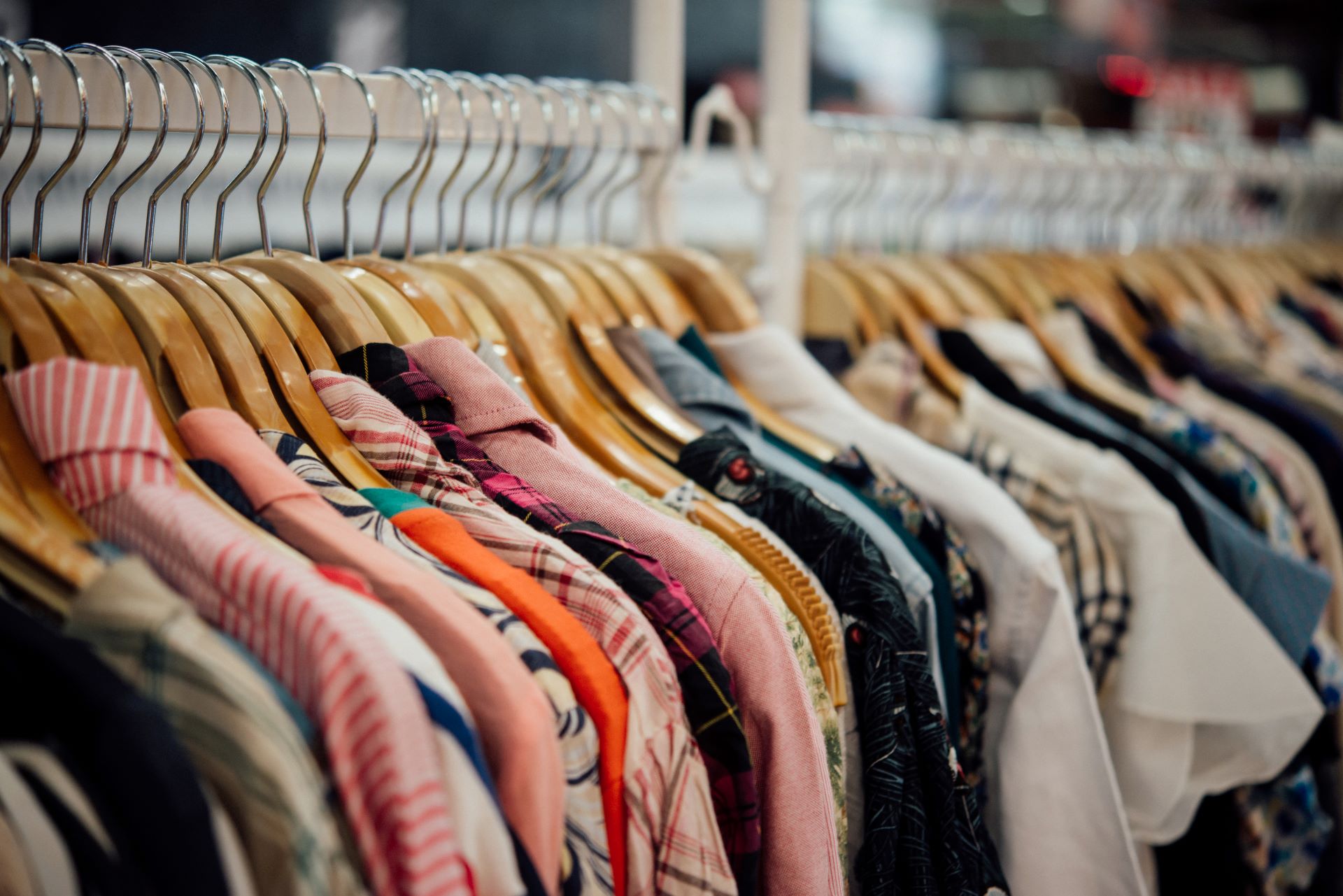 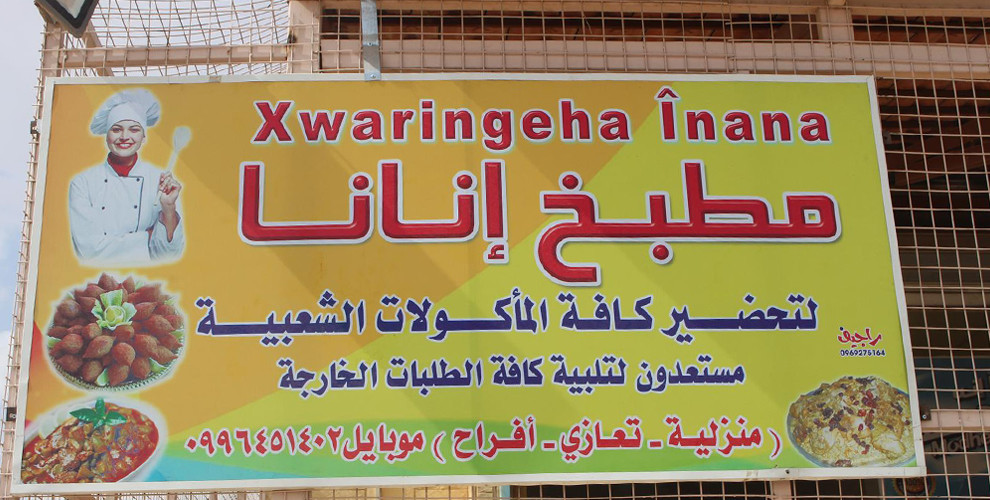 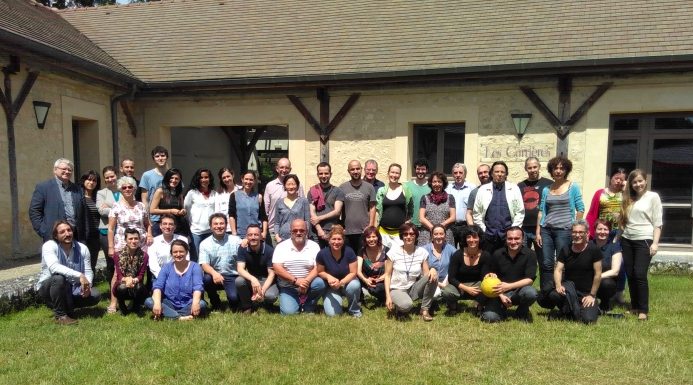 A General Assembly under the sign of openness and conviviality 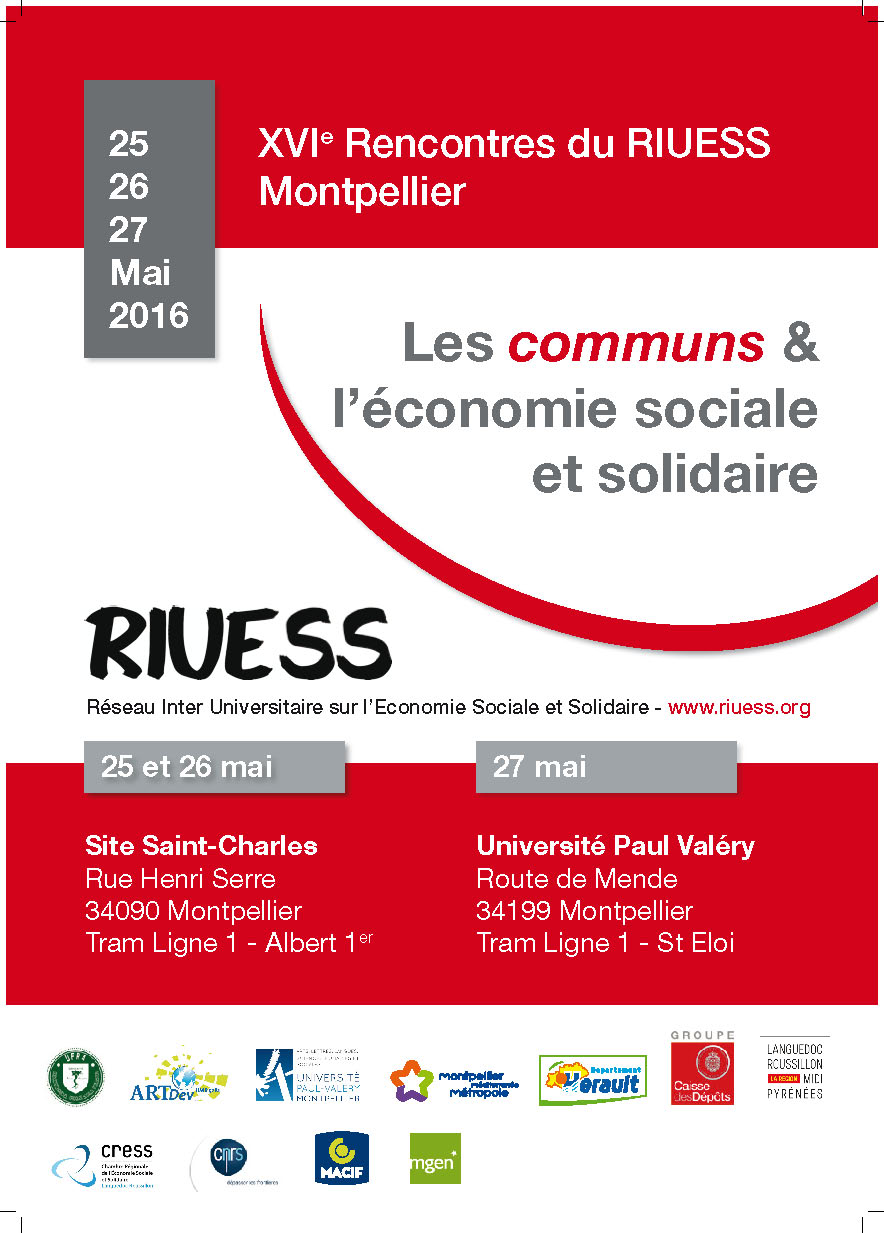 The Commons and SSE. RIUESS’ 2016 conference