From the UK to Rojava and Bakur: solidarity with an Economy at War

by Institute of Solidarity Economics (ISE)

Cooperative Economy in Rojava and Bakur is a research and solidarity-building initiative that aims to engage the UK and European cooperative movements in better understanding what is happening in Rojava (North Syria / West Kurdistan) and Bakur (East Turkey / North Kurdistan).

Rojava, the predominantly Kurdish-inhabited region of northern Syria, has been a de-facto autonomous region since the Assad regime withdrew and residents declared their independence in July 2012, in the midst of the Syrian Civil War. It is currently the most stable part of Syria, despite being on the front-line in the war against ISIS, suffering a recent invasion from Turkey, attacks by the Assad regime, and having all of its borders closed and trade stifled from all sides. Despite these conditions, a real revolution is flourishing, with women’s liberation, ecology and direct democracy at its heart. The entire structure of society is being rebuilt from the bottom up, including the justice system, education system, and of course, the economy. Cooperatives are springing up across the region, including women-only cooperatives, with the support of the women’s movement umbrella, Kongira Star. Their aim is to eventually transition to a completely cooperative economy, though they are currently a long way from that aim.

Bakur, the eastern part of Turkey, is in a very different situation politically, despite the fact that the revolutionary currents in the two neighbouring regions are ideologically linked and are connected through a confederal system.. The Turkish state is currently enacting a highly repressive programme against it’s Kurdish minority—along with just about every other minority and dissenting voice—and in many ways the situation is even more dire than in North Syria. Until the peace process broke down between the Turkish state and the PKK last year, cooperatives were also springing up in Bakur, and many of them continue to work despite the conditions and repression. It’s for this reason that we decided to focus this research project not only on Rojava, but also on Bakur. We believe that solidarity with these movements is vital.

The main challenges for us, aside from the war, have been mostly related to communication and the scarcity of clear, detailed information. Despite reasonably widespread internet connectivity, people in Rojava generally work on a face-to-face basis, and fluent English is a rarity. Fortunately, we are now in regular contact with a number of people there, including Kongira Star, a young Kurdish woman who is visiting and documenting coops on our behalf, and Rojava Plan, whose fertiliser project we have been supporting.

We have a team of translators who scour the web for relevant articles in Kurdish, Turkish, Arabic, German, French and Russian, which we then feed into our website, www.cooperativeeconomy.info. We aim to create an extensive archive of information about coops in both Rojava and Bakur through this website, and are also active on Twitter, Facebook and Reddit. Our project coordinators have presented talks and visual materials at a variety of events, such as the UK Coop Congress, The Green Gathering and Students for Cooperation.

The project was initiated by the Institute of Solidarity Economics (ISE), who have provided funding so far. We are currently seeking further funding to enable us to continue developing the project. 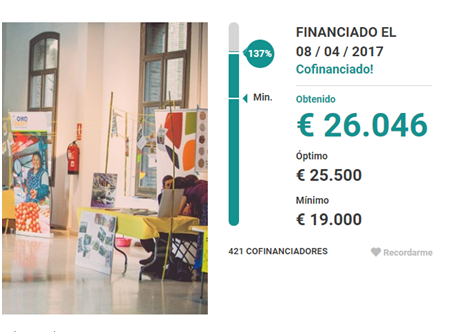 Nationwide Social Economic Forum has been established in Hungary