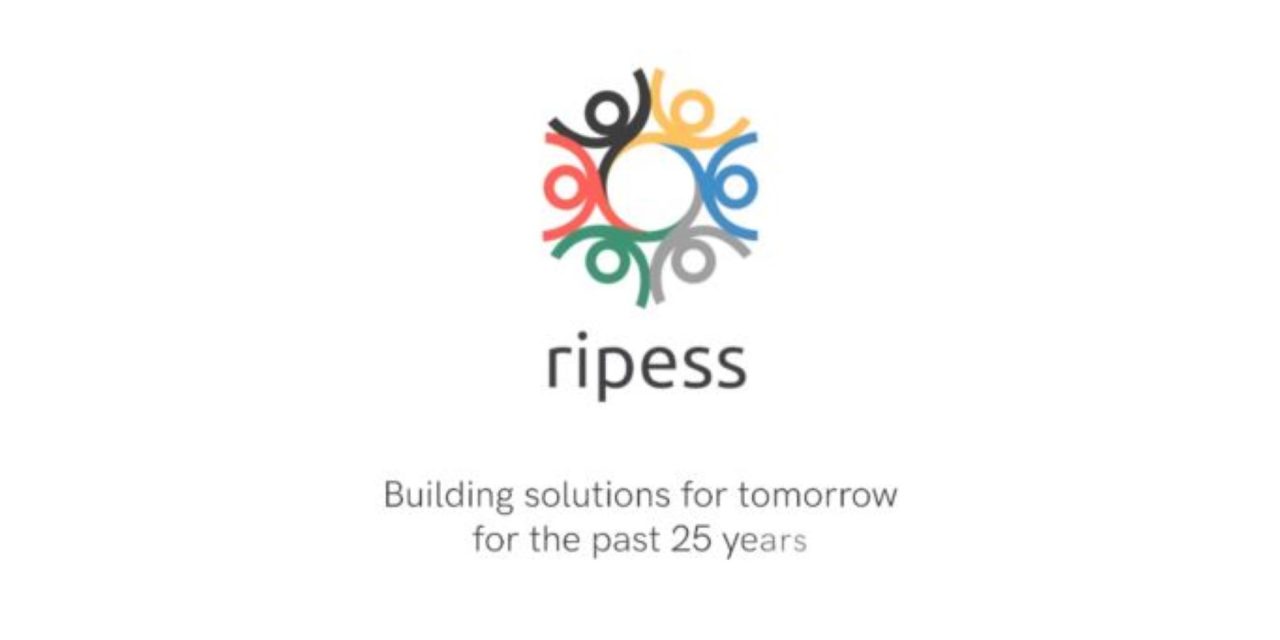 Interviews with Nancy Neamtan and Michael Lewis – originally published here, on the website of CCdeNet.

Both of you attended a meeting in Dakar (Senegal) on December 18 and 19, 2002. At the occasion of this meeting held to prepare the third Globalization of Solidarity meeting of 2005, after a first in 1997 in Lima (Peru) and Quebec City (Canada) in 2001, the decision was made to create a network called the Intercontinental Network for the Promotion of Social Solidarity (RIPESS). The Chantier and CCEDNet were two of the three organizations that are still active in RIPESS (the other is GRESP in Peru).

At the occasion of the 20th Anniversary of this important milestone in history in building the Social Solidarity Economy (SSE) movement, here is an interview with Nancy and Michael. 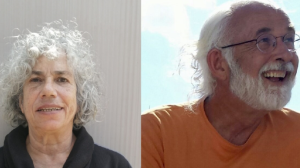 Why did you attend this meeting, representing your organizations?

Nancy Neamtan
The social economy movement in Quebec, in continuity with the community economic development network, has always considered global networking as a key component of its work. Learning from others across the globe and joining our voices to gain recognition and support has motivated us to reach out and to convene international partners on an ongoing basis. It was thus natural for the Chantier to be an active participant in this initiative to build ties with SSE actors across the world.

Mike Lewis
I already had a long history of working in human rights in Central America through church-based coalitions and with Indigenous leadership. Thus, as an organizer helping found the Canadian Community Economic Development Network (CCEDNet) and the first chair of the National Policy Council, it made sense for me to attend. It was through Nancy Neamtan, a friend and colleague in CED (community economic development) since the 80s, that I first became aware of the extraordinary meetings in Lima and later in Quebec City. For CCEDNet, the decision to go to Senegal was based more on a convergence of values and priorities than an understanding of the social or solidarity economy and, importantly, an opportunity to strengthen the relationship with the rapidly developing social economy movement in Quebec.

At this meeting, with the participation of delegates from Africa, Latin America, Europe, and North America (Asia was not yet in the movement), two important aspects stand out in the name. The first is the use of intercontinental instead of international. Most organizations use international. Why was this decided and what meaning does it have for you?

The choice of the term ‘intercontinental’ was made to emphasize the desire to assure a transversal, non-hierarchical relationships between actors from the South and the North. Our partners from the south underlined how the concept of ‘international’ networks often resulted in top-down structures dominated by actors from the north. The concept of ‘intercontinental’ was meant to emphasize egalitarian relationships between all continents, respecting the diversity and autonomy of each.

Frankly, I just tried to listen and learn from the discussion in 2002. I did not really grasp the significance of the term intercontinental. But then I became one of four members on the first board and, after 3 years of board deliberations, I began to understand. However, it was being charged with the task of coordinating the recruitment of workshop proposals for the 2005 gathering in Dakar that deepened my appreciation. With around 350 workshop proposals flowing in from diverse countries across the continents I came to understand that the term ‘intercontinental’ provides a useful frame for respecting the diversity and autonomy between countries within and between continents.

RIPESS was created at a time when tensions were high between the traditional institutionalized ‘social’ economy and the emerging solidarity economy, rooted in social movements and a transformational vision of SSE. However, in Quebec and in some other countries, the social economy was the accepted terminology. In adopting the social solidarity economy to define our new network, we wished to be as inclusive as possible and to express a continuum in the emerging movement for a more democratic and inclusive economy.

For most anglophone Canadians involved in organizing Canada’s national CED network in the 1990s, the social economy was a vague and distant term. The solidarity economy, well, that was a term none of us had heard. While the evolving CED network in Canada included co-ops, non-profit enterprises, and social justice groups, our main focus was on place-based development. Inspired by the CED movement in the United States, birthed out of the Civil Rights movement and nourished by the national ‘War On Poverty’ (1964), many of us became impressed with the place-based community development corporation model and wanted to advance it in Canada. Using economic tools to advance ‘social’ goals and community well-being became part of the anglophone CED lexicon but, in my view, never showed up with the vibrancy evident in Quebec, where social movements and movement-building seem more deeply rooted in the culture and political consciousness.

Twenty years later, could you share your thoughts about the current situation and how SSE and related approaches are important?

At a time when global warming threatens humanity, the need to transform the very processes of development is more urgent than ever. If the SSE movement emerged primarily as a strategy to reduce poverty and revitalize communities, its contribution to socio-ecological transition has become evident and the need to support its development a focus for more and more social movements. The upcoming recognition by the UN is encouraging but the true challenge is assuring that all levels of governments, social movements, civil society networks, and researchers in all corners of the globe have access to the knowledge and tools that allow them to accelerate the contribution of the SSE to a sustainable and just development model.

ML
When my first grandchild was two years old, we lived as four generations on a farm, 7 km from a very rich salmon river. Two months before the meetings in Dakar, she and I went on a tramp to the Stamp River, there to feel the wonder of tens of thousands of salmon struggling to reach their spawning grounds. Her excitement was contagious, pure joy. However, for me, it was also joy but tinged with sorrow. Two days earlier, I came across a scientific paper saying salmon would be extinct in 40 years due to the warming climate. Soon after, I was taken over by deep grief. If this were true, I thought, my granddaughter, should she have children, would never know the joy of her grandchildren experiencing such wonder. In 2022 a new scientific study projected extinction by 2042.

Our existential reality is this: change due to climate and other planetary limits being exceeded are already in play. Impacts are evident everywhere. Solidarity with all that is alive today, tomorrow, and intergenerationally means limiting the damage going forward by radically adapting to a much simpler, conserving way of being on the earth. The solidarity economy has much embedded in its DNA that could contribute to navigating what is being referred to by some as the Great Simplification: resistance to fossil fuel expansion (every 1/10th of a degree matters today and future generations); strengthening community and bio-regional resilience and self-reliance; challenging the goal of economic growth and all the deceptive and deadly narratives justifying living as if limits do not exist; advocating for just reparations to the South for climate impacts generated in the North, investing adequate resources for adaptation; planning for the inevitable increase in migration, and, seeking to collaborate with those working on systematic ways to ration energy and other resources critical to basic needs being met. 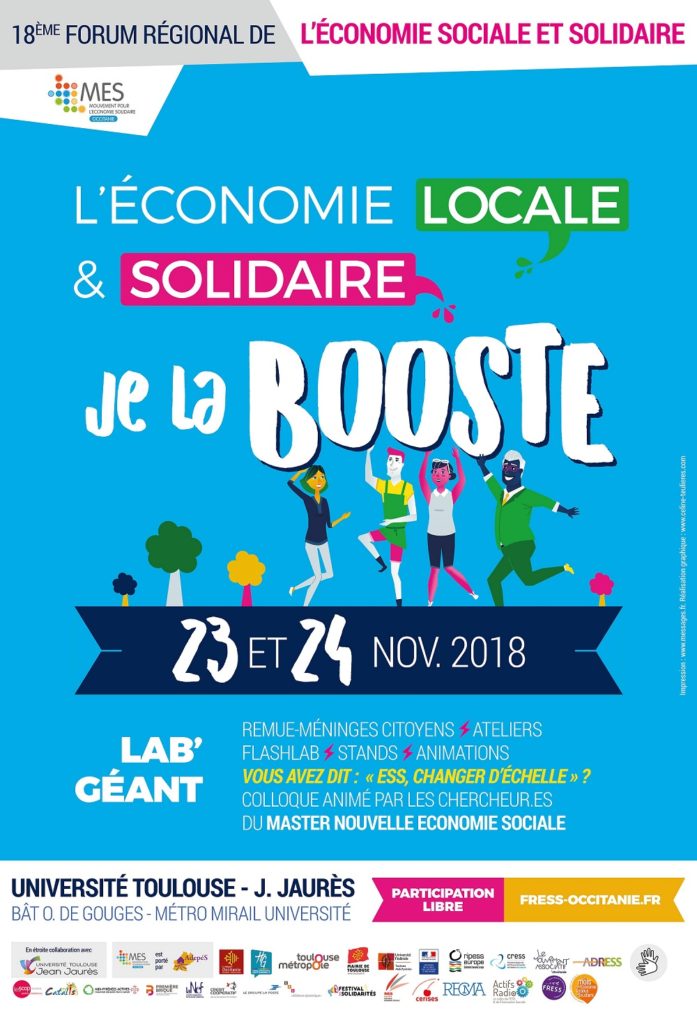 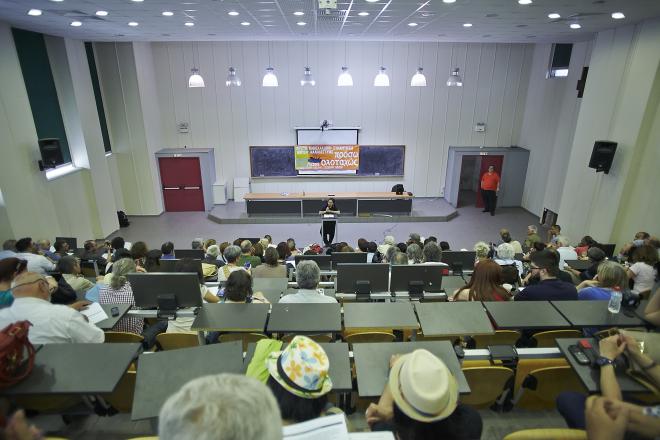 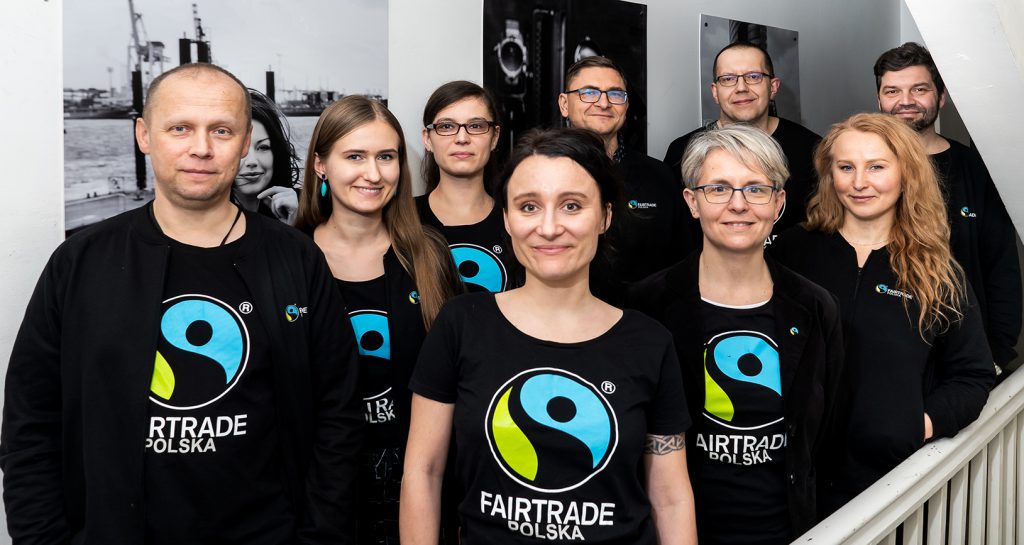 On our way to Wroclaw (Poland)