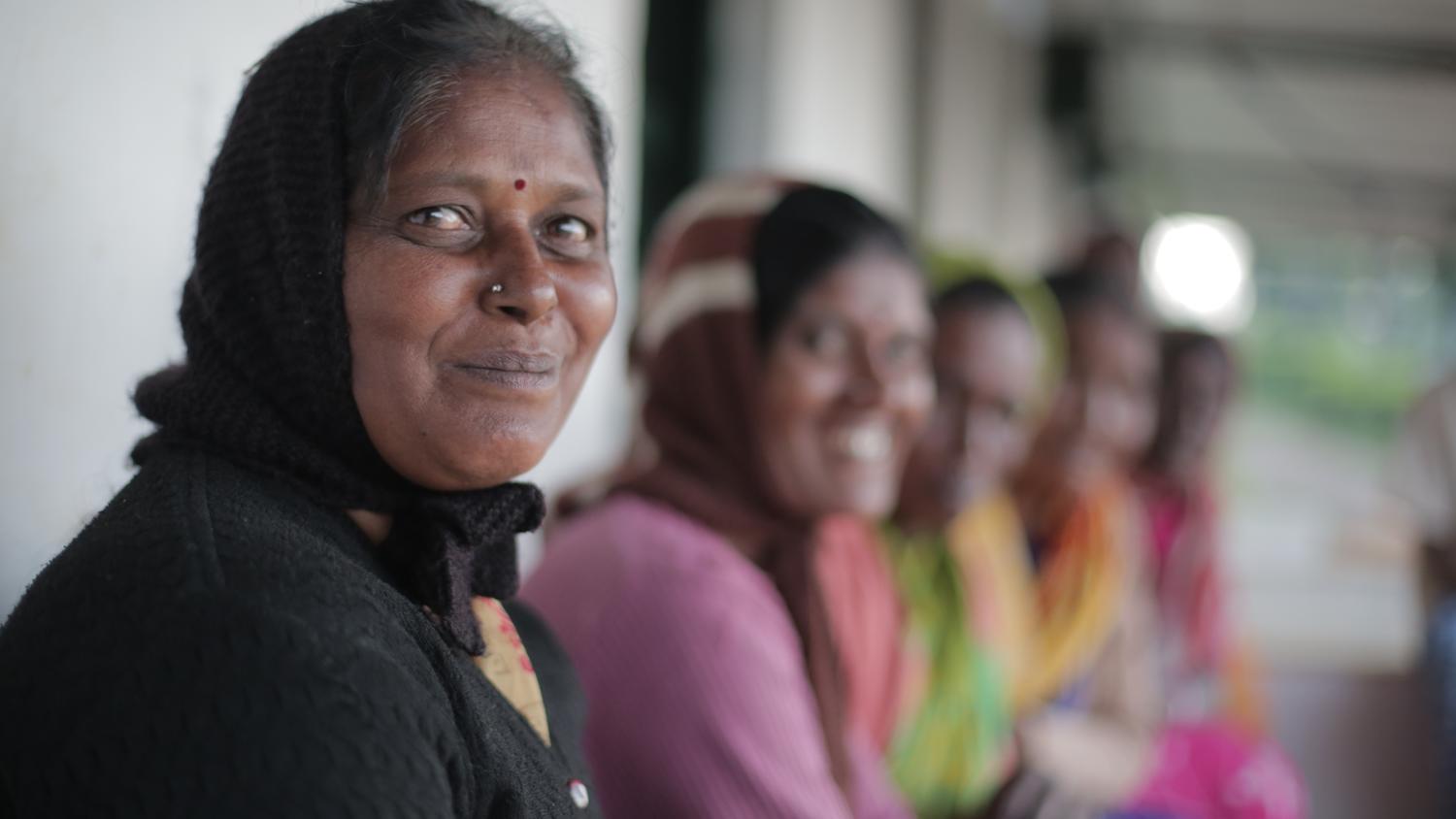 Recently, coinciding with the third anniversary of the adoption of the Sustainable Development Goals by the United Nations, we as Fair Trade have presented our new Charter. It is a text in which we update and reaffirm our principles and values, and claim the relevance of this Solidarity Economy movement in the face of the scandalous increase in inequality and environmental degradation.

In the new Charter, which has been endorsed by more than 400 organizations around the world, the Fair Trade movement denounces the failure of the current neoliberal system, a model that increases inequalities and poverty. A model that generates situations as unjust as 1% of the population possessing as much wealth as the rest of the planet’s inhabitants, and facing the interested and misinterpreted use of the term Fair Trade that has recently been made by certain political leaders (see Trump…), the Fair Trade movement clearly reaffirms what our values, principles and practices are. With the new Charter, Fair Trade wants to define the direction in which it wants to move forward. And we know that in that direction we are going to meet with other movements, with other groups of people, with other demands with which we have much in common.

Both movements also share the importance of giving back to the economy its true purpose, that is, “to provide in a sustainable way the material bases for the personal, social and environmental development of the human being”. In the same way Fair Trade in the face of speculation, practices such as futures markets, commercial transactions without products, financial strategies that seek only economic profit at the expense of those who produce them, defends trade as a real exchange of goods, even more, as an interaction between people based on respect, transparency and dialogue. In short, a trade and an economy for life, to guarantee a better life for all. To trade for a living, not lo live for trading.

The six principles on which Solidarity Economy is based are closely related to those of Fair Trade. Let’s see:

The first of the principles of Solidarity Economy is that of equity, defined as the “value that recognizes all people as subjects of equal dignity and protects their right not to be subdued. […] A more just society is one that takes into account the differences that exist between individuals and groups. This principle of the solidarity economy finds its concretion in Fair Trade in its first principle, which highlights the disadvantageous situation in which many producer organizations find themselves, and starts from the idea that it is necessary to take this situation into account in commercial relations in order not to generate situations of abuse of power or exploitation.

Solidarity Economy establishes work as a second value understood as “a key element in the quality of life of people, the community and economic relations between citizens, peoples and States”. In this sense, Solidarity Economy highlights the importance of the human, social, political, economic and cultural dimension of work that allows people’s capacities to be developed.

Fair Trade also includes work from this same philosophy, as an element that must guarantee a dignified life. Work that is also understood as a way of participating in society. This aspect is particularly important for women. Fair Trade encourages their work in organisations and their participation in decision-making. In many countries and communities where the majority of women live relegated to the domestic and family space, favoring their productive activity outside the home is not only a way to increase their income but above all it gives them a new role in society, improves their self-esteem and changes the vision of the rest of society on the role of women. This change in mentality is gradually transforming society.

“We consider – affirms the Charter of Solidarity Economy – that all our productive and economic activity is related to nature, therefore our alliance with it and the recognition of its rights is our starting point. For Fair Trade, environmental sustainability is also a key aspect. It could not be otherwise if we bear in mind that for those who cultivate the land, this is their fundamental liveliihood. In addition, farming and artisan communities living in rural areas are especially vulnerable to the effects of climate change. This is why the development of production methods that are careful with nature and the establishment of measures to halt climate change is a fundamental aspect of Fair Trade.

The value of cooperation in the solidarity economy is defined as the importance of “collectively building a model of society based on harmonious local development, fair trade relations, equality, trust, co-responsibility, transparency, respect…”. Almost identical words can be found between the principles of Fair Trade to define how organizations should be and the relationships between producing and purchasing entities, which takes the form of practices such as long-term commercial relationships, avoiding unfair competition or the pre-financing of orders.

Another of the values of the model that defends the Solidarity Economy is that of not having lucrative ends, a bond with the essential purpose of this movement that is none other than the “integral, collective and individual development of people”. The means to achieve this would be “the efficient management of economically viable projects whose profits are reinvested and redistributed”. Purpose and means that are exactly the same in Fair Trade. Thus, for example, producer organizations reinvest the extra profits and the so-called “premium” in the organization itself or, alternatively, develop different educational, social, health or infrastructure projects in their community. The decision on the use of the benefits or premium is made in a democratic way, with the participation of workers. In this way, Fair Trade is also linked to the last of the principles of Solidarity Economy, number 6 “Commitment to the environment”, which is embedded in the “participation in the sustainable local and community development of the territory”.

We don’t want to go on much longer, but if we continue analysing the details of the Solidarity Economy and Fair Trade Charters we would find many more affinities. Affinities that constitute our main asset, our main strength to build the global society that we al need. 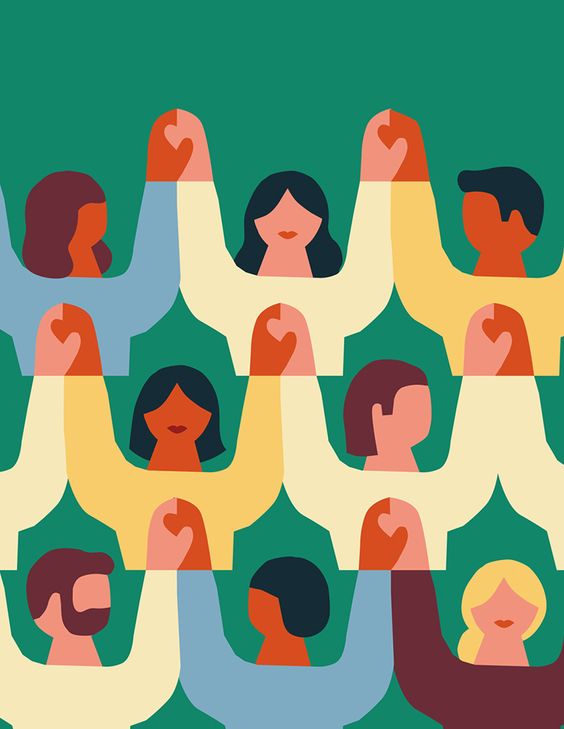 An eco-feminist agenda for transition 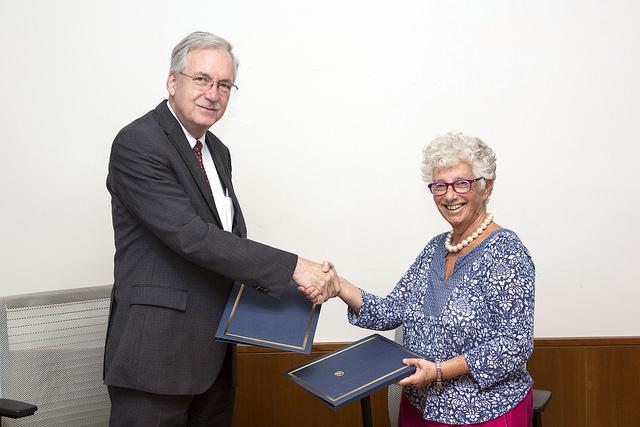 Urgenci signed MoU with the FAO