From 7 to 10 September 2021, RIPESS Europe will celebrate the anniversary of its founding Congress, which took place in Barcelona in September 2011. This event will be held in Villarceaux in the ecological farm that the Foundation for the Progress of Humankind makes available to the associations it supports. 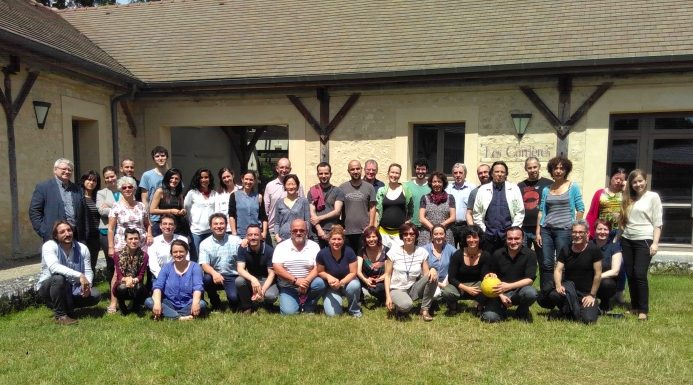 In ten years, the network has developed to the point where it now has 43 members from 23 countries, some of which have been established for a long time in their country, while others have been created more recently, sometimes under the impetus of RIPESS Europe, which has supported their structuring.

The Villarceaux meeting will be an opportunity for a convivial reunion after the long interlude caused by the pandemic. We hope that no one will be held back by measures which, at the time of publishing this newsletter, we do not know what new obstacles are likely to arise.

The programme can be found here: Programme_GA_Sept_2021. The welcome (7 September, afternoon, please follow the instructions to Villarceaux) will be the occasion for a convivial time of getting to know each other. The morning of the 8th will be devoted to the themes of the RIPESS Europe working groups, and the afternoon will be dedicated to the GA. The 9th will be a day of exchange with several of our partners with whom we are trying to create synergies between our actions following the World Social Forum of Transforming Economies (WSFTE). The coalition of citizens for an economy that respects humans and the planet is urgent and the pandemic, the climatic disasters of the year as well as the situation of an increasing number of humans living in precariousness and under the threat of authoritarian governments must more than ever give rise to joint actions to reorganise the social, economic and political space towards more democracy, social justice and respect for human rights and ecological balance.

The Villarceaux meeting will also be an opportunity for more informal exchanges and celebrations in this particularly welcoming place, which puts into practice the concern to preserve regenerating living spaces.

We will share the results of the collection of testimonies of all those who have agreed to take part in the written or filmed interviews.

We look forward to seeing many of you. Many of you have confirmed by email that you plan to attend the GA but have not yet filled in the registration form. This is a necessary formality so that we can organise, with Villarceaux, your welcome in the best conditions.

In the meantime, please take the time to rest. We have all been put to the test for a year with multiple videoconferences, due to the lack of face-to-face meetings. So don’t miss the opportunity to come and exchange in vivo with your European counterparts. We have spent ten years getting to know each other better, and we are delighted to share a common vision of the useful and necessary conditions for overcoming the traps of an absurd and deleterious economy in favour of those which encourage life.