The Solidarity Economy European Congress – Solikon 2015 has brought together over 1400 participants from all over Europe and beyond (Brasil, USA, Canada, Cuba, Korea, Japan, and many other countries).  More than 100 workshops, Forums and Round Tables took place at the Technischen Universität in Berlin, to discuss alternative forms of economics, lifestyle and work. The “Week of Change” that took place in the week before the Congress (from 5th-9 th September), allowed for 500 people to go visit solidarity economy projects in Berlin and the Brandenburg region.  RIPESS Europe organized many international activities, including a convergence forum with many different alter-economic movements’ representatives, as well as it’s Annual General Meeting, welcoming new members from Greece, Croatia, France, the United Kingdom and Belgium.

Thirty-four tours, excursions and visits to initiatives and solidarity economy projects in Berlin. They resonated deeply with all the participants. People visited the collective enterprises, swap shops and Community Supported Agriculture farms, and many other initiatives. This short documentary film gives a good idea of what the Week of Change was like.

There was a broad consensus that we can all do something here and now to prepare for this change. As Rosangela Alves de Oliveira said in the Regional forum “Action is what brings about change rather than just ideas”.

Participants also agreed on the fact that Capitalism has failed (as journalist Paul Mason, author of “Post Capitalism: a Guide to our Future”, explained in the opening session). It leads to exclusion, increased precariousness in relationships at work and also destroys nature.   Solidarity economy is trying to find ways to radically change approach: how can we build an environmentally friendly, sustainable solidarity economy, based on cooperation and holistic, collective approaches rather than competition and profiteering?

From the collective kitchen to alternative financial instruments – where theory meets pratice!

Over 200 speakers from 20 countries put forward their ideas and proposals. These speakers included some well-known actors, such as Paul Singer (Secretary of State for Solidarity Economy in the Ministry for Labour in Brazil), Brid Brennan (Trans National Institute), Michel Bauwens (P2P Foundation), Rudi Dalvai (World Fair Trade Organisation), Ugo Biggeri (Banca Etica), Jean Luis Laville (CNAM), Nina Treu and Barbara Muraca (Degrowth), Christian Felber (Gemeinwohlökonomie)… and many others. In between workshops and plenaries, many meetings and discussions took place at the lunch and dinner breaks, prepared by an association helping refugees and with a collaborative dish washing by all participants.

Here is what RIPESS Europe organized or promoted (download pdf)

More information and reports on the RIPESS AGM and on each event will be available soon.

MES declaration after the adopotion of the SSE law in France 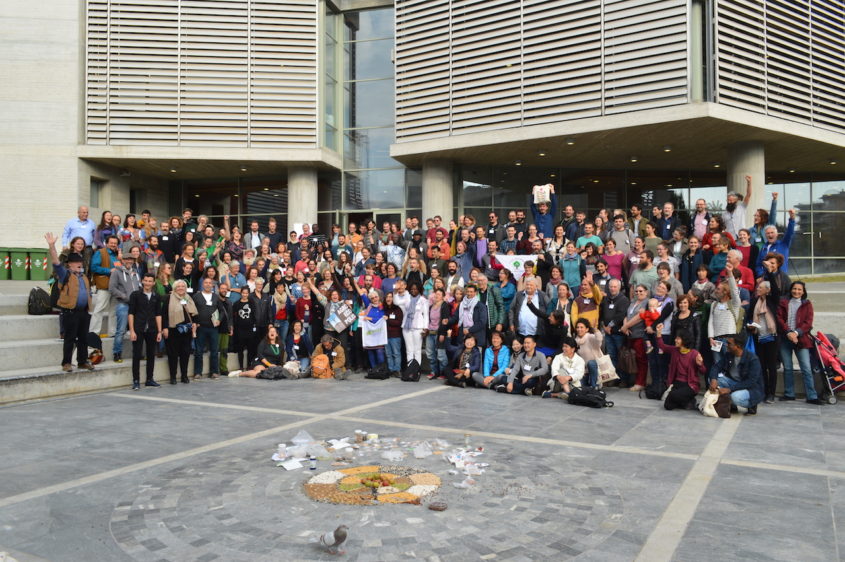 New energies and a new team in the URGENCI International Committee 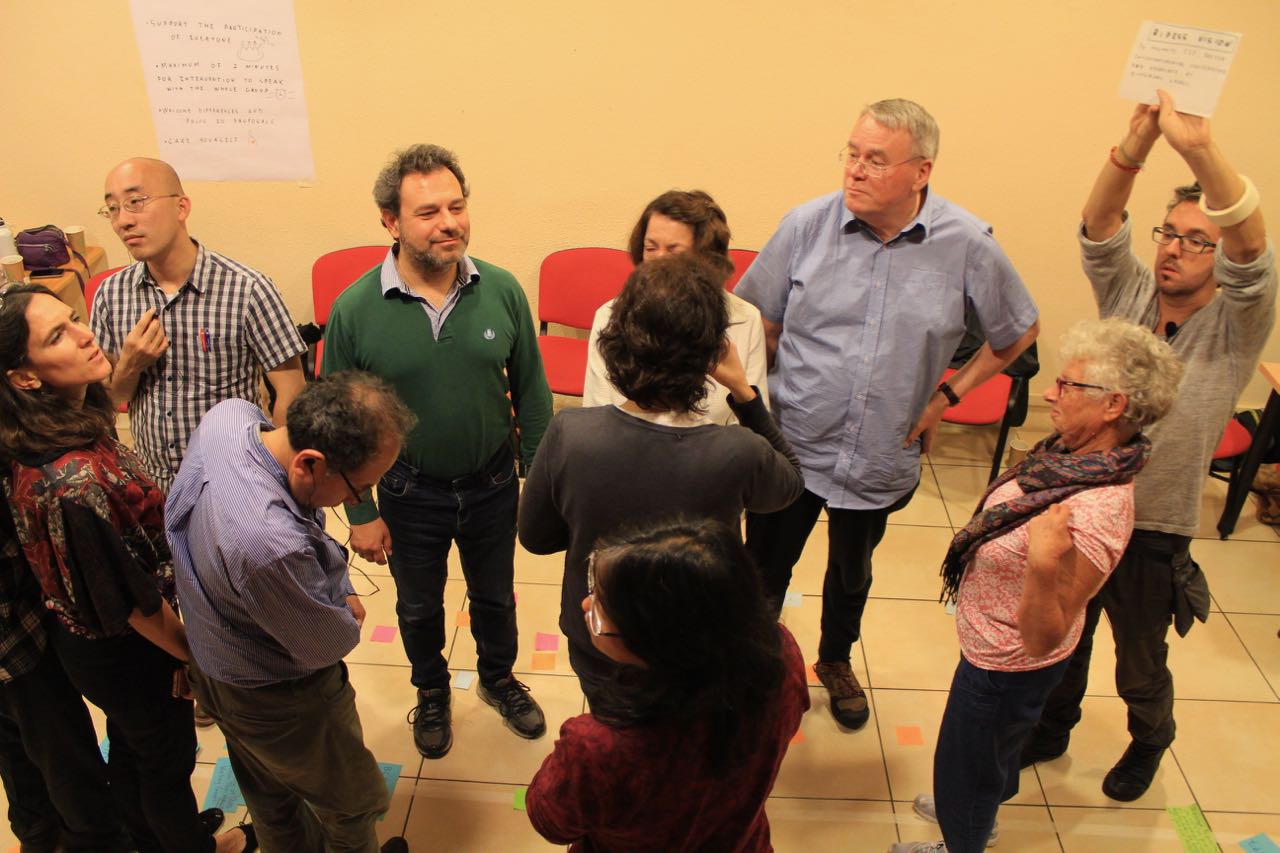